But, I’ve Never Been There……

“I went to renew my driver’s license in California and was told I couldn’t because there was a hold on my account in North Carolina. Called the NC DMV and was told my license was suspended for outstanding fines from a ticket I got 3 years prior in Kannapolis, NC — a city I’d never been to. Someone used my driver’s license, pled guilty in court as me, then never paid the court fines, which led to a warrant for me!  The DMV said I’d need to pay the fines to drive legally or hire a lawyer in NC if I wanted to fight it!  I hung up feeling pretty relieved that I do actually have a law firm in North Carolina thanks to (legal plan), but first I tapped my (identity theft plan) app and got connected with an awesome licensed investigator. He did some research, made some calls, got me connected with the right people, and within 1 week I was driving again legally and it all cost me $0. My investigator took another week to clear up the warrant in NC.  I love my (legal plan & identity theft plan)!  Without them, not sure what I’d have done in this situation — fly across the country and hire a lawyer? It would have been cheaper to pay the fines. The police officer I spoke with in NC told me he hoped my investigator didn’t cost me too much because he was awesome!!  This all happened because someone stole my driver’s license info; think about all the places we write that number down …. when we get jobs, apartments, at hotels, anywhere?!  People need these services!” 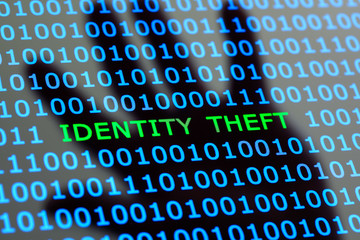 What is Identity Theft and why should you care?

Identity theft is much more than just credit! For instance, someone gets a job using your information. They don’t withhold enough in taxes or they use your 4-year-old’s social security number. You file your tax return and IRS says you still owe money for that job they think you or your child has.

END_OF_DOCUMENT_TOKEN_TO_BE_REPLACED

This site uses Akismet to reduce spam. Learn how your comment data is processed.